I don’t like it either. So I pretend he’s not there. I ignore his king-sized tantrums and the dirty royal socks that he leaves on my bedspread. I pretend not to hear him when he tells me what to do.

“Mom!” Bastien shouts. “Laila isn’t obeying me. Tell her she has to obey. I’m the king!” He pouts in a very regal way.

Around the lunch table everyone seems to have given something up – dairy, meat, gluten, sugar, carbs. Only in a land of plenty could people voluntarily go without so much. 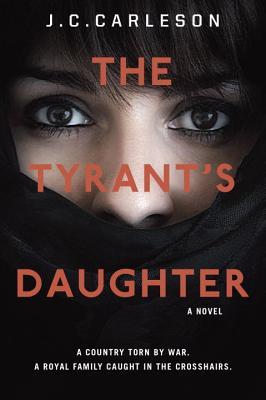 I bought Leviathan a good year or two ago. Unlike most people, I really enjoyed Westerfeld’sUglies series, though I read it nine years ago, when it first came out and I was still in high school. I wanted to immerse myself in another world he’d created. He’s good at creating worlds entirely unlike our own, but not so different that they’re unrelatable.

Things happened over the last year or two. Other books caught my attention. I moved across the country. Leviathan fell to the back of my mind and the back of my bookshelf. I remembered that I had it last week. I read it over four days.

I wanted to like it more than I did.

Again, Westerfeld created a beautiful world. The Clankers and the Darwinists, with their Walkers and their Beasties. Huge, living air ships. Entire ecosystems of animals working together. The characters were likable too. Deryn was a believable girl-disguised-as-boy who never fell into any of the common traps or tropes that come along with it. Alek had beautiful character development, going from an insolent teenage boy who thinks he deserves the world to a real soldier, fighting for what he thinks is right. Even the side characters were great. And the setting – we’re in a re-imagined, steampunk version of WWI.

But despite all this, the book somehow lacks a plot. Descriptions abound. Action does not. Our characters, who supposedly are in their mid-teens, occasionally act like small children. Was it actually written for a much younger audience? I’m not sure. Maybe it just wasn’t my kind of book. My biggest question throughout the book was when someone was going to finally find out that Deryn/Dylan was a girl.

I liked Leviathan enough to finish it, but not enough to read the next book in the series.

Full disclosure: I received a free copy of Selling Scarlett via Netgalley in exchange for an honest review.

I’m still trying to figure out what to think about this book. It has its positives and negatives, its ups and downs, much like a lot of books I’ve read recently. Sometimes the action was flying off the pages so quickly I could hardly keep up, and other times I could hardly keep reading because absolutely nothing had happened for several chapters. From the description, it sounds like a fluffy romance, but there really isn’t much romance there. I’m still a little confused about what I just read.

Elizabeth is a former rich girl, heiress to an almost defunct bottled water company. Hunter is a billionaire poker player and whiskey heir who just can’t be bothered to settle down with a girl. When Elizabeth’s friend Cross gets in an accident and ends up in a coma, she decides to sell her virginity to pay his medical bills. Not wanting the transaction to be linked to her family, Elizabeth becomes “Scarlett” and heads to a Las Vegas brothel to prepare herself.

Honestly, throughout most of the book, I couldn’t decide whether the story was sad or creepy. Turns out it’s really neither, because that plot point takes a backseat to most of the action. Instead of focusing on this, what the book is marketed to be about, we really get a story about political corruption, sex slavery, child abuse, and drug abuse. Oh, and about 500 unnecessary characters who are named and given backstories, only to never be spoken of again. There’s not much resolution to any of these topics. Basically, Elizabeth just has to smile and everything is automatically better.

The book falls prey to many common cliches. Elizabeth and Hunter fall in insta-love after about a day? Maybe a week? I can’t really tell, since the timeline is confusing. Elizabeth is not at all put off by the fact that she finds Hunter strangling a woman at party, or by the fact that he’s the number one suspect in a murder investigation. Although she barely knows the guy (despite having a crush on him for basically her entire life), shejust knows that he isn’t like that. Elizabeth also describes herself as fat at the beginning of the book (why is this relevant?) and then tries a “caveman diet” and is suddenly skinny after like two days, because that’s how diets work. Also, everybody is constantly saying how beautiful and perfect this girl is, as if that’s all that matters in life. Elizabeth starts off having a personality at the beginning of the book (she’s a grad student studying ethics and has friends that she actually hangs out with) but by about 30% in, she’s just hanging off every word that Hunter says and ignoring him when he tells her to leave him alone. By the end of the book, her only personality trait is kindness. And somewhere in about the last ten pages, Hunter goes from constantly telling Elizabeth to leave him alone and just go home to spending every waking (and sleeping) moment with her? I don’t understand.

Final rating: 2.5/5 stars. I liked it enough to keep going, but will not be reading the second book in the series.

Note: The Kindle version of Selling Scarlett is currently free on Amazon.