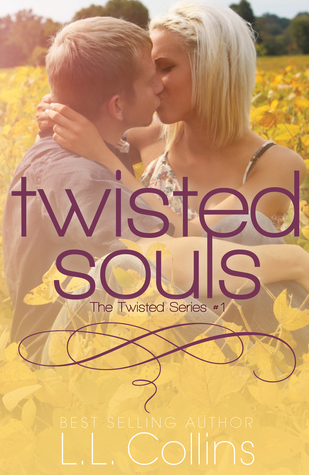 What if your soul is so intertwined with someone else’s that it’s impossible to imagine yourself without them?

Blake McIntyre and Liane Kelly’s families have spent their vacations together on Sanibel Island their entire lives, and the two have always been the best of friends. But as they get ready to go to college, they admit that friendship isn’t enough for them anymore and spend a whirlwind two weeks daring to dream of their future together.

But building sandcastles and lazy beach walks filled with moonlight kisses isn’t the same as real life, and soon they are faced with a new reality. Can their hope of forever survive past their summer, or does fate have its own twisted plan?

Blake and Lianne have been best friends their entire lives. Ever since they can remember, their families have vacationed together at Sanibel Island. And even though they only see each other for a couple weeks each year, they’ve formed an unbreakable friendship. Or so Blake thought, until he confessed his feelings to Lianne and she shut him out. For years.

But now, as the two just finished high school and are preparing to start the next chapter of their lives, Lianne decides to give Blake another chance. He might like her like that, but that doesn’t mean they need to ruin their friendship. She’d rather have him as a friend with an awkward crush than not at all.

Just before heading down to Florida, Lianne’s long-term boyfriend dumps her in the worst way possible. To make matters worse, in the years she’s gone without seeing Blake, he’s grown up. Her best friend is now seriously good-looking, and she’s seriously heartbroken. Finally willing to give it a try, Lianne and Blake enjoy two blissful weeks on the beach. But as Lianne comes to realize that she may very well have been harboring secret feelings for Blake all these years, a horrible turn of events threatens to ruin their new status as a couple.

So, what can I say about Twisted Souls? I liked Lianne, I liked Blake, I hated Ronan. Just like I was supposed to. I thought it was cute that the families supported Lianne and Blake’s relationship so much. It was like they’d been waiting for that moment since childhood, and their dreams finally came true. And while the writing wasn’t amazing, it was pretty good. I didn’t find much to complain about.

What, then, didn’t I like? Prepare yourself, because I’m about to get ranty.

One of the reasons I read new adult romances is for the happy endings. I can’t think of a single new adult romance I’ve read that hasn’t had a happy ending. The characters get thrown around, their lives fall apart, their hopes and dreams crash and burn… but everything works out in the end. By the time you hit that last page, they are content with their lives. Everything has worked itself out, and the good guys are happy. Always. In every book I’ve read. EVERY BOOK EXCEPT THIS ONE.

This does not have a happy ending. The characters all end up miserable. They make stupid decisions that could have easily been avoided – I cannot even sympathize with the stupid things Lianne did. And the adults! How were the adults so awful?

If you like having your heart ripped out and questioning the stupidity of literally every character, maybe you should read this one. Otherwise, steer clear. I’m pretending that it ended when they left the beach.