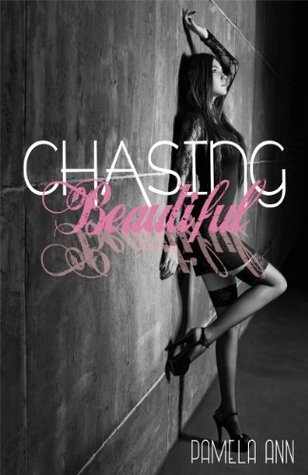 What would you do if you had two hot men fight over you?

Sienna Richards decided to study and pursue her dreams in London. Life was starting to look up when out of nowhere, her boyfriend Kyle Matthews decided to end things. She vowed never to love again. But what she didn’t see coming was the revelation of feelings her friend Blake had in store for her.

Blake Knightly a handsome British mogul-in-training and a good friend who’s been lusting after her since they met or Kyle–childhood best friend, high school sweetheart, and her first love–but broke her heart.

This is Sienna’s journey in finding herself and learning about forgiveness, heartaches and most of all, love.

Recently, I’ve been trying to catch up on all of the freebies I’ve downloaded since signing up for BookBub emails.  It’s a lot.  Some of them have been really good.  Others… not so much.  I’ve definitely learned that I need to look through the reviews before just blindly following the average Goodreads rating.  Because this book has a 3.96 average, and it is horrendous.

Seriously.  I can’t even remember the last time that I read something so awful.

(There will be some spoilers in this review.)

Sienna is one of those stereotypical new adult heroines who doesn’t realize two major things:

1. That she’s beautiful, and
2. That all the hot boys are falling all over her.

This on its own is usually enough to make me roll my eyes and heavily sigh in frustration, but here, it just keeps getting worse.

Because not only is Sienna absolutely oblivious to the fact that her best friend, who she’s been pining over for years, is 100% in love with her, she also doesn’t understand anything about anything.  She is the most clueless, oblivious, nonsensical heroine I’ve read about in years.

Take this as an example.  Not a spoiler because it is one of the book’s opening scenes:

Sienna finds out that while she was at school in London, her longtime boyfriend Kyle (who is back in the States) has cheated on her.  She was with him forever, so she needs some closure before she can wrap up that chapter in her life.  She hops on the soonest plane back to California and confronts him at a party.  A party that he’s attending with his new girlfriend.  They have a confrontation and end up having some super hot sex while at said party.  That he’s attending with his new girlfriend.  That he already cheated on Sienna with.  Do you see how screwed up this is?

Sienna’s just a wreck and heads right back to London because it’s just really that easy to find spur-of-the-moment transatlantic flights.  (Last year my flight back to NJ from Scotland was cancelled while I was in line for my boarding pass.  I ended up having to take a flight on a different day, to a different state, on a different airline, with a layover in London.  That’s right, I could not even get a flight to the correct state on short notice.  I had to take a train the rest of the way home.  How do these characters just miraculously find flights whenever it suits them?)

Just as things begin heating up with Sienna and Blake, Kyle’s mother shows up in Sienna’s London apartment.  Kyle’s life has gotten out of control ever since he cheated.  He’s drinking and doing drugs and passing out in bathrooms and oh my lord, it’s so bad.  The only person who can save him is Sienna, so Kyle will move to London to be closer to her.

Such an incredible idea!  It’s obvious that rehab would be over-the-top in this situation.  Clearly, the ex-girlfriend and her magic vagina can just get him back on the straight and narrow.

Now we have a clearly established love triangle between Sienna, Blake, and Kyle.  Everybody’s just so hot.  That’s the only characteristics they have, by the way.  Nobody really has a personality.  They’re just hot.

Every character in this book is awful, but I really think that Blake was the worst.  Yes, her supposedly perfect BFF is worse than the longtime boyfriend who cheated on her.

I know!  I can’t believe it either.

But Blake is so manipulative, so childish, that I just became infuriated whenever he was talking.  How he thinks he has any moral ground to stand on at any point in this book is absolutely ridiculous.

Even if the rest of the book would’ve been amazing, I would’ve taken this book down to one star just for that.  That’s not cool.  That’s not romantic.  That’s just gross and awful.