So, it’s official! I made it to (and survived) my first BookCon! It was an experience, to say the least, but I had a really great time. I nearly fell over in the street when I ran into Brendan Kiely, I had minor fangirl palpitations when I realized that Victoria Schwab was mere feet away, and I had a really nice conversation with Julian Winters!

I’d been wanting to go to BookCon for a couple years, but something always came up and I wasn’t able to attend. This year my boyfriend got me tickets for my birthday so there was no getting around it! We got up early on Sunday and headed to the train station. It was actually the best train ride I’ve had in the six years I’ve been living in New Jersey since there were no weird incidents (somebody is always screaming on the train, why???) and I just listened to an audiobook (Astrophysics for People in a Hurry) the whole time.

We ended up getting to Penn Station around 9:30, which worked out really well since the doors to BookCon opened at 10:00 and it was only a six block (or so) walk. I got checked in, got my badge, and got in line. I honestly don’t think where you are in line matters that much since it’s pretty much a free-for-all sprint when they start allowing people in. (I personally did not sprint but nearly everyone around me did.) 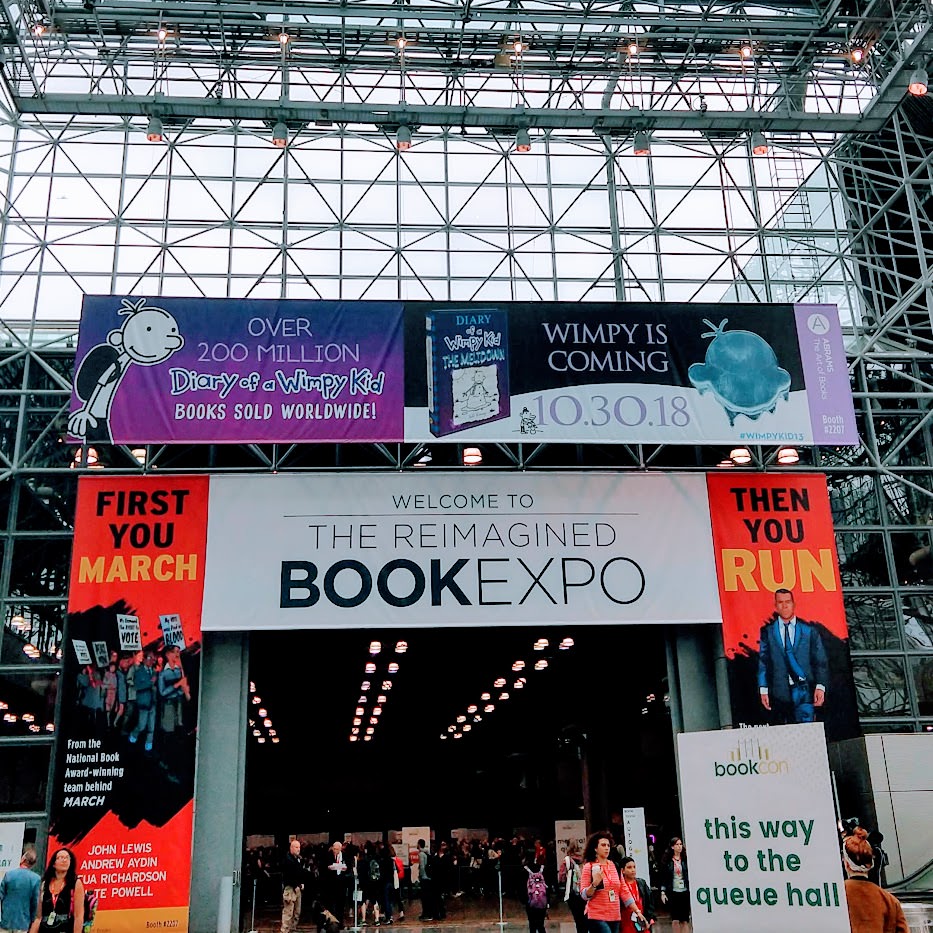 My plan for the day.

I didn’t really know what to expect, so I didn’t have too much of a plan for the day! This was definitely something I could’ve been better about and it’s something that I’ll work on for next year. Going in, all that I really knew I wanted to do was the Riveted carnival, the Swoon Reads ARC giveaway, and the What If It’s Us ARC drop.

Let me tell you a thing — just because the daily schedule says something happens at 12:00 or 3:00 doesn’t mean it actually does! Lines for the Riveted carnival and the Swoon Reads ARC giveaway only started about fifteen minutes ahead of time, but the What If It’s Us ARC drop was ticketed and those tickets were gone by like 11:05. (They also kept saying there was no line for tickets, but there was totally a line.)

So, I did end up doing the Riveted carnival (pictures exist of me in that money blowing machine but they are forever under lock and key, also I won Strange Fire by Tommy Wallach) and the Swoon Reads ARC giveaway (I got To Be Honest by Maggie Ann Martin and I am so excited), but I decided that all of the stress probably wasn’t worth it because I’m already planning on preordering What If It’s Us. 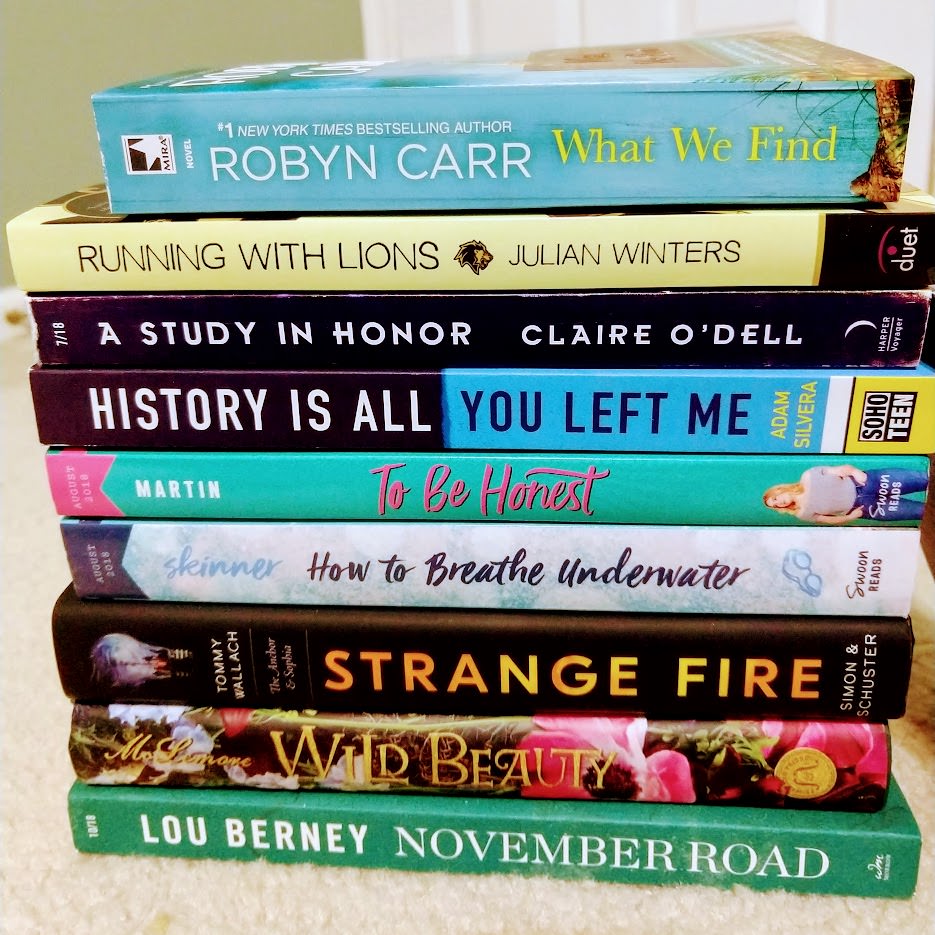 If there’s one thing I learned, it’s to plan for a lot of swag. I had literally no idea what I was doing and I ended up with eight different tote bags, at least ten pins, a million bookmarks, some stickers, some magnets, pens, a Magnus Bane doll, and even some tea??? Imagine if I’d known what I was doing? I might not have fit on the train back home!

Side note: I’m not a Mortal Instruments person and Magnus Bane keeps staring at me from across the room and it’s freaking me out. (Click here to see what I’m talking about.) I might do a giveaway at some point because he’s got to go and surely someone out there will appreciate him more than I do.

(A sampling of my book swag.)

Plans for next year.

I definitely want to go to BookCon (and possibly also BEA) next year, and hopefully I can go with someone who loves books as much as I do! My boyfriend was a really good sport throughout the whole day, but let’s be honest, science his is his thing and books are mine.

For next year, I have a better idea of what I should do to make the most of my trip:

All in all, I had a really great experience at my first BookCon! I’m already excited for next year!

Did you go to BookCon this year? Were we standing next to each other in line without even realizing it? Do you have plans to go to BookCon in the future? What’s your best advice? Let me know in the comments!