You might remember me doing this three-day lyrical challenge a few weeks ago. (If not, here’s day 1, day 2, and day 3.) It was so hard to choose just three songs that I love, so I was very excited (as usual) when Jenna tagged me to do it again! ❤

The rules are simple:

I’ve talked a little bit about my love of Ben Folds before, but now I’m going to go deep into the history of my life, back to 2008 when I was working my first college job. I worked in my dorm’s cafeteria, which had its positives and negatives. One positive was my supervisor, John, who was a year or two older than me and one of those guys that’s super nerdy but also super cool. It’s been more than ten years and I’m pretty sure he’s not following my blog, so I think I can safely say that I had a huge crush on him. Like, embarrassingly big.

Anyway. We usually worked the closing shift together, which meant that the managers had all gone home and we could pretty much do whatever we wanted as long as we got everything done. There was one night in particular where nothing was happening. There was probably a football game or something, which meant that 98% of the people who lived in the dorm were at the stadium. (Football is huge in Wisconsin.)

It was so slow and we’d already finished everything we needed to do for the night, so we were just waiting around for the clock to hit 12:30 so we could punch out. Sometimes John would sing me songs (#1 foolproof way to my heart, honestly) and that night, he started singing Zak and Sara. I swooned. I still can’t hear this song without thinking about him, even though it’s been at least eight years since I saw him.

Often Sara would have spells where she lost time
She saw the future, she heard voices from inside
The kind of voices she would soon learn to deny
Because at home they got her smacked

Zak called his dad about layaway plans
And Sara told the friendly salesman that:
“You’ll all die in your cars
And why’s it gotta be dark?
And you’re all working in a submarine.”

She saw the lights, she saw the pale English face
Some strange machines repeating beats and thumping bass
Visions of pills that put you in a loving trance
That make it possible for all white boys to dance
And when Zak finished Sara’s song, Sara clapped

Happy Top Ten Tuesday! Today’s theme is authors I’d love to meet! I am such an awkward person that I feel like I’d be a walking disaster around any author I met. I nearly fell over in the street when I walked past Brendan Kiely. I met Claire Legrand and could barely say hello without fainting. When an author so much as follows me on Twitter, I have some palpitations. But, for the sake of this prompt, let’s assume that I’d somehow be a charming and eloquent version of myself for once. 🙂

1️⃣ Jenn Bennett writes the most adorable YA romances and I would just love to meet her. 😭❤️
2️⃣ Krista & Becca Ritchie have written some of my favorite characters ever! How do they do it?! I need to ask!
3️⃣ R.S. Grey is my favorite new adult author and I just want to know if she’s as funny in person as she is in her books. 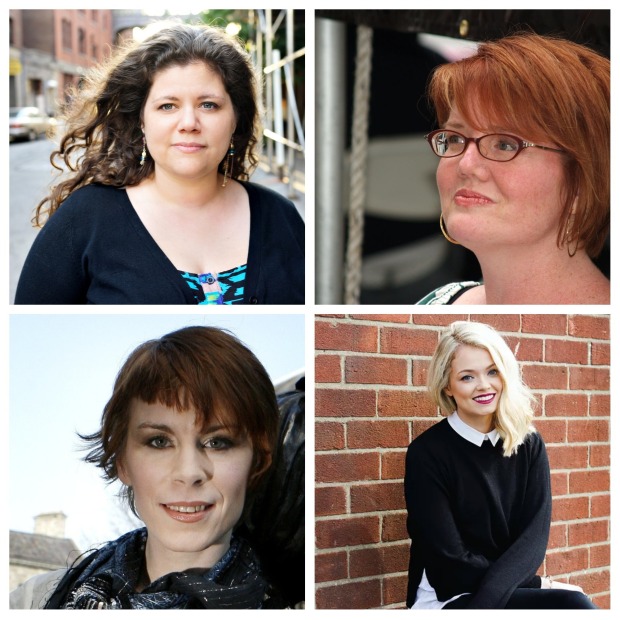 4️⃣ I would love to just have a conversation with Rainbow Rowell. It could be like three sentences and I’d be satisfied. I just have this feeling that she’d be super nice and super cool.
5️⃣ Libba Bray has been one of my favorite authors since I was in high school, so I would love to meet her someday!
6️⃣ Tana French, mostly so I can figure out once and for all whether she actually knows my mom’s boss.
7️⃣ Laura Steven is one of the funniest people I follow on Twitter and I feel like we could be best friends.

8️⃣ Jay Kristoff… do I really need to explain? I mean, do you follow him on Instagram? Or Twitter? Or anywhere? How much fun would he be???
9️⃣ I love everything that Becky Albertalli writes, so clearly I just need to meet her.
🔟 Shaun David Hutchinson just seems so down-to-earth, and he’s always talking on Twitter about music and I feel like we have similar tastes. Maybe we can go to a concert together.

Did you do your own Top Ten Tuesday post today? Feel free to leave your link and I’ll check out your post! Who are some authors you’d like to meet? Have you met any of these authors? Let’s talk in the comments!