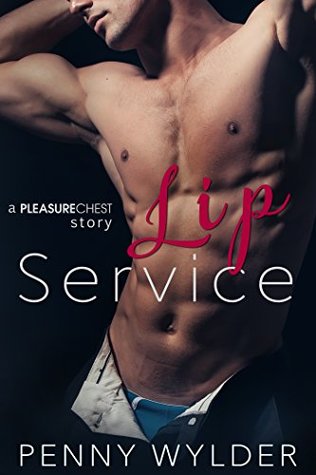 Lip Service by Penny Wylder
Series: A Pleasure Chest #1
Rating: ★★☆☆☆
Links: Amazon • Goodreads
Publication Date: January 15, 2017
Source: I one-clicked this one all by myself.

I never imagined I’d be taking a class on how to perform better in bed. But when my rude ex told me I sucked at, well, sucking, I couldn’t stop thinking about how awful that made me feel. Then I saw the hot guy teaching my class…and I stopped thinking entirely.

Philip Crew is six and a half feet of pure, sizzling muscle and panty-dropping sexual tension. And he definitely has no problem instructing me on what he likes. There are tons of women drooling over him, so why does he keep flirting with me? The attention is addictive. But I just got out of a relationship with a player, and Philip is giving me the same vibes.

When he offers to teach me in private, I know things are going too far. The last thing I want is to get hurt again. Except I can’t get him out of my head. I want to try out everything he taught me… on him. My only hope of keeping myself from unzipping his jeans and seeing what’s beneath is to stay away. If I never see him again, I know I can resist.

Then he bumps into me right outside my apartment.

And I forget why I was fighting my desire in the first place.

And, surprisingly, I took no issue with the actual plot. I thought it was pretty well done, and for erotica, the romance ended up being pretty sweet. I think my main issue with the book was that Mayra was adamantly against hooking up with Philip… and then the next thing you know, the two of them are in bed together.

The story is short and sweet, and at less than 100 pages, I can think of worse ways to spend an evening. That said, I don’t know that I would recommend it since it just seems to contradict itself. 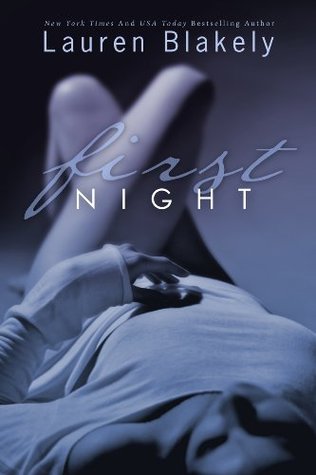 First Night by Lauren Blakely
Rating: ★☆☆☆☆
Links: Amazon • Goodreads
Publication Date: December 9, 2013
Source: I one-clicked this one all by myself too!

It was only supposed to be one night…

When the sinfully handsome man walks into her bar in San Francisco, Julia Bell simply wants a break from the troubles that keep chasing her. That escape comes in the form of sexy, confident and commanding Clay Nichols, who captivates her mind AND turns her inside out with pleasure. The attraction is electric and they share one scorchingly hot night together, but they also discover there is more than just off-the-charts chemistry; the connection between them runs deep. Clay never thought he’d return to New York with this woman still on his mind. But he can’t get her out of his system, and he needs more of her…He wants more than just the first night…

Everything could go wrong.

I initially intended to read the entirety of Night After Night. This is its prequel, which was kindly included with the full book. I could really consider this a DNF if I wanted to get really technical, but I did read the complete prequel at least. But I couldn’t go on any further. This was terrible. I absolutely despised both main characters.

Julia is a sassy bartender. Usually I can go for that. But no, first of all, she judges her customers based on what they’re ordering. She goes on this whole internal rant about how real men only drink beer and any guy who orders a mixed drink shouldn’t expect a woman to want to have sex with him. Um, what? Let men drink whatever they want. Beer is disgusting anyway. Second of all, she has a minimum acceptable penis size and it’s… wait for it… eight inches. I mean. What even is this book. And Clay? Don’t even get me started.

On top of the horrible characters, I just felt like this wasn’t up to Lauren Blakely’s usual standards. This book was just not my cup of tea.

Have you read either of these books? How do you feel about erotica?
Let’s talk in the comments!