I’ve been listening to a lot of Ben Folds this week and it was hard to choose just one song, but I finally settled on You Don’t Know Me. I love how sassy this song is. 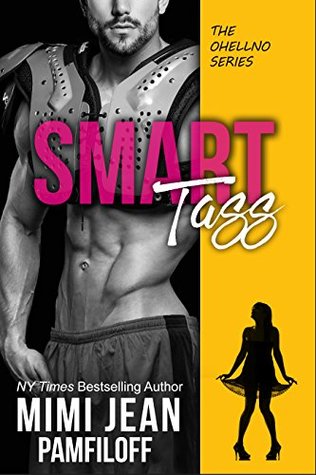 I’ve seen this ABC Book Challenge on a lot of different blogs, but most recently Thrice Read. This week is the letter N and I’m a little surprised that three of my four five-star reads came from the same three-month period in 2018.

✰ BOOKS ON MY TBR STARTING WITH N ✰

Have you read anything that’s on my TBR? Which books should I read first? Do you agree or disagree with my favorites? Let’s talk in the comments!

Dino doesn’t mind spending time with the dead. His parents own a funeral home, and death is literally the family business. He’s just not used to them talking back. Until Dino’s ex-best friend July dies suddenly—and then comes back to life. Except not exactly. Somehow July is not quite alive, and not quite dead.

As Dino and July attempt to figure out what’s happening, they must also confront why and how their friendship ended so badly, and what they have left to understand about themselves, each other, and all those grand mysteries of life.

Okay, here we go. I have some conflicting feelings about this book and I’m going to try to figure out how to describe them.

Shaun David Hutchinson is one of my favorite YA authors. I absolutely loved We Are the Ants (it was an easy five stars for me) and I thought that The Five Stages of Andrew Brawley was pretty amazing too (four stars). It’s possible that my expectations were a little bit too high because, while I feel like the writing was good, overall, I was pretty disappointed.

The biggest thing for me was that I felt no connection to either of the main characters.

I should have loved Dino. He’s just lost his best friend. He was fighting with her when she died, so he’s heartbroken. He’s in this new relationship with a great guy and he doesn’t quite know how to process all of his emotions. His father is pushing him into the family business when he really has no interest in it. These are all things that should have made me love him and want to protect him from everything bad in the world. Instead, I just felt like I was watching everything that happened to him from a distance.

July… she really could have gone either way for me. She’s prickly, she’s offensive (sometimes on purpose, sometimes on accident), and she doesn’t really care about whether she makes a good impression. That’s a love-it-or-hate-it kind of character. But I never felt anything much for her, like or dislike, except for when she’d make an inappropriate joke and I’d just be kind of annoyed. I didn’t care about her and I didn’t care about her feud with Dino.

The death aspect is interesting, but was it particularly well-executed? I don’t know. I feel like there was supposed to be some kind of point to it, but we kind of danced around it and then the book just ended. I’m making this book sound like it’s terrible and I promise it’s not. I’m just very disappointed because I expect such great things from this author.

I still have a couple backlist books by Hutchinson that I’m really looking forward to reading. I’m just hoping that they’ll be more in line with what I’ve read from him previously.

#ps19: a book that includes a wedding

Have you read The Past and Other Things That Should Stay Buried? Is it on your TBR? Let’s talk in the comments!

I will admit that the only reason I didn’t read this in 2018 was its intimidating size. I almost picked it up more than once, but my copy is 1,000 pages! I promise I’ll read it soon.

I didn’t read this in 2018 because I was too nervous! This was one of my most highly anticipated sequels last year and I was so worried that it wouldn’t live up to the hype. I’m going to get over myself and read it this year, though.

This is another one that I was anticipating too much! I’m still nervous that I won’t love it as much as I loved My Lady Jane, but I’m ready to finally read it.

The Seven Husbands of Evelyn Hugo by Taylor Jenkins Reid

I’m not even sure why I didn’t get around to this one last year! I checked it out from the library a couple times, but ran out of time before I could read it. I eventually just bought it, so hopefully I’ll get around to reading it soon. I don’t think I’ve ever seen a negative review.

The Astonishing Color of After by Emily X.R. Pan

All year, I told myself I was definitely going to read this book. All year, I didn’t. I even saw the author speak at an event! This book is supposed to be so good!

Georgia Peaches and Other Forbidden Fruit by Jaye Robin Brown

I’ve put this book on multiple TBR lists and hopefully this time will do the trick. I’ve owned this book for what seems like forever and I really need to stop saying that I’m going to read it and get around to actually reading it.

Before the Devil Breaks You by Libba Bray

An Assassin’s Guide to Love and Treason by Virginia Boecker

A Study in Honor by Claire O’Dell

This was another BookCon ARC that I really fully intended to read last year and didn’t! I’m getting more excited about this one as time goes on and I’m really hoping to read it soon.

Did you do your own Top Ten Tuesday post today? Feel free to leave your link in the comments and I’ll check it out! Have you read any of these books? Which one should I tackle first? Let’s talk in the comments!