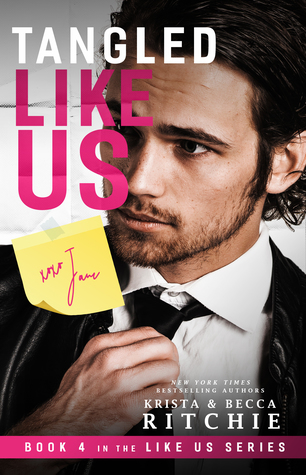 How to protect your heart:
Let your bodyguard have it.

Jane Cobalt is an American princess. The loyal and painfully curious twenty-three-year-old has inherited immense pressure to preserve the Cobalt legacy. But for Jane — sex, love, and life have been a series of royal failures.

After a friends-with-benefits ended in disaster, she’s sworn to a “no sex” hiatus for, well, eternity — and she has no intention of letting anyone in her bed and definitely not her heart.

Twenty-eight-year-old Thatcher Moretti is painfully professional. As the stern 24/7 bodyguard to Jane, thinking about unbridled sex with his sweet client is a sin. One that he keeps committing.

But the real act is a hard line he’d never cross.

Thatcher would do anything to protect her, and one solution may level the threats:

Become the fake boyfriend to an American princess.

Entwined together with boiling chemistry, new “professional” parameters, and an oath, unsaid feelings threaten to rise and change everything.

​​The Like Us series is a true series, one continuous timeline, that follows a family of wealthy celebrities and the people that protect them.

There are some minor spoilers in this review.

Tangled Like Us was easily one of my most anticipated books of 2019. I love Krista & Becca Ritchie. I’ve read everything they’ve ever written. Normally I can devour one of their books in a day or two, even if it’s almost 500 pages. I’m not sure if my reading tastes have changed or if something was very, very different about this book, but I did not like it. I did not like it at all.

First things first, I cringed. I don’t think I’ve ever cringed while reading something that these two have written, but I was cringing so hard here. I mean, some of the things these characters say and think!

I’ve never noticed this kind of writing in Krista & Becca’s books before, and I’m wondering if they’re just too focused on their traditionally published YA novels to really dedicate the time to writing a good romance novel.

And now the language. I’m not really what you’d call a sensitive reader. Krista & Becca have written characters before that love to use profanity, and I was fine with it. Ryke Meadows, a main character in the Calloway Sisters series and a side character in the Addicted series, constantly drops f-bombs. It’s his thing and it made sense for his character and they weren’t weirdly out of place or anything. Thatcher constantly swears, and it’s weird. Like… “I stare straight ahead and breathe hot breath out of my fucking nose.” Let’s set aside the whole “breathing breath” thing (I’m rolling my eyes) and focus on the “my fucking nose” part. Who thinks like that? He just felt like a knockoff Ryke, almost like the authors couldn’t think of a new personality characteristic and just (poorly) recycled an old one. And, honestly, aside from being very strong and very attractive and swearing a lot, Thatcher doesn’t have much of a personality. He really fell flat for me.

The next thing I want to bring up is the suspension of disbelief required to enjoy this book. First of all, you have to set aside the whole idea that TWO PEOPLE who live in the SAME HOUSE have both decided to hook up with their bodyguards when it is expressly forbidden. Second of all, am I really to believe that Thatcher, who is Jane’s bodyguard and therefore likely in close proximity with her for the majority of his day, is so taken by the scent of her perfume wafting in his direction that he gets an instant erection that “strains painfully against [his] slacks?” I mean… come on.

Also, is there anything to their relationship other than physical attraction? Jane is constantly commenting on how sexy Thatcher is, and that’s fine and I’m happy that she thinks the guy she’s hooking up with is sexy, but does she see literally anything else in him? Is she attracted to his intelligence or his humor or his kindness or anything other than his rippling muscles? And Thatcher is really taken with Jane’s scent, as I mentioned above, but the same goes for him. Aside from the physical, is there anything he actually likes about her? Physical attraction is great, but there needs to be something more for a lasting relationship, and I’m just not buying it here.

The more I think about it, the more problems I have with this book — another one being that Krista & Becca seem to have completely forgotten the personalities of the characters from their previous books. I was looking forward to a glimpse of Connor and Rose, my favorite couple from the Addicted and Calloway Sisters series, and just… who were they? That was not Rose. There was so little of Connor that I can’t really comment on whether he was in character. Moffy and Farrow even seemed a little off with their usual banter falling flat.

This book was also at least twice as long as it needed to be. It’s a contemporary new adult romance and it’s almost 500 pages. 500 pages in which very little happens. Let’s be honest. There’s not a lot of plot here. There’s a lot of internal monologues and a lot of descriptions and not a lot else. This would have been better at maybe 250 pages. I know this is self-published, but it needed a ruthless editor to cut out a lot of the unnecessary information.

Finally, some more things that these characters actually say or think:

I’m not even sure if I want to continue with this series now. I mean, if I’m honest, I’ll probably read anything these authors publish. But I’m just so, so disappointed right now.

Previously: Addicted To You • Ricochet • Addicted For Now • Thrive • Addicted After All • Kiss the Sky • Hothouse Flower • Fuel the Fire • Long Way Down • Some Kind of Perfect • Damaged Like Us • Lovers Like Us • Alphas Like Us • Amour Amour • Infini • The Raging Ones

Have you read Tangled Like Us? Are you a fan of Krista & Becca Ritchie? Let’s talk in the comments!

20 thoughts on “Book review: Tangled Like Us by Krista & Becca Ritchie”