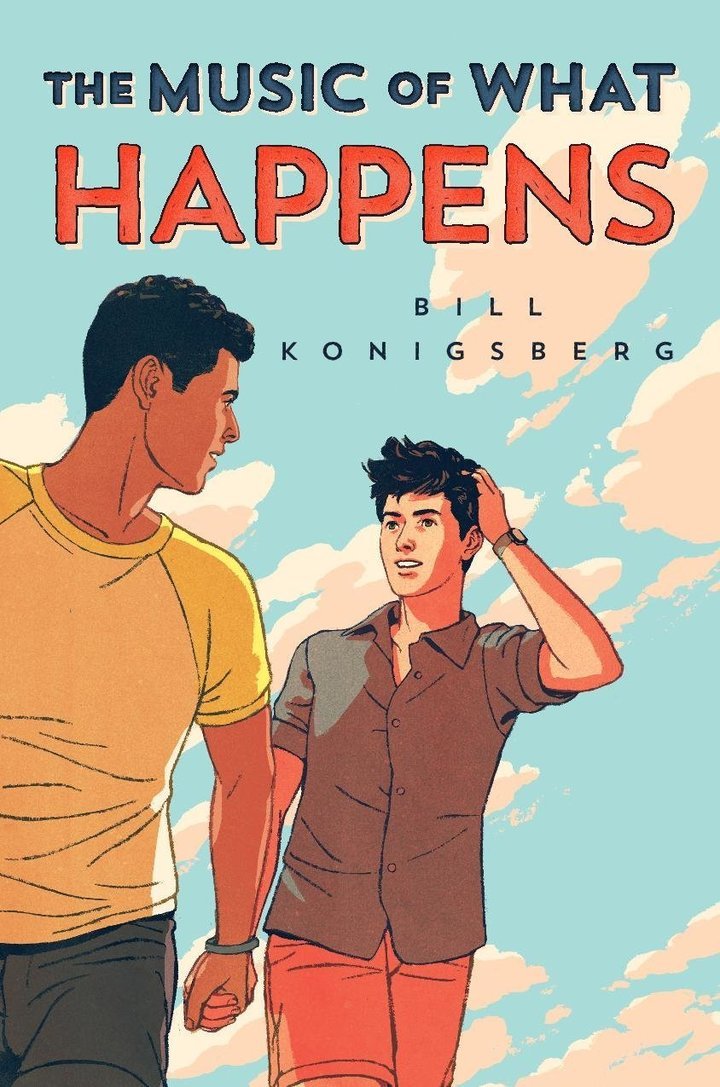 Max: Chill. Sports. Video games. Gay and not a big deal, not to him, not to his mom, not to his buddies. And a secret: An encounter with an older kid that makes it hard to breathe, one that he doesn’t want to think about, ever.

Jordan: The opposite of chill. Poetry. His “wives” and the Chandler Mall. Never been kissed and searching for Mr. Right, who probably won’t like him anyway. And a secret: A spiraling out of control mother, and the knowledge that he’s the only one who can keep the family from falling apart.

Throw in a rickety, 1980s-era food truck called Coq Au Vinny. Add in prickly pears, cloud eggs, and a murky idea of what’s considered locally sourced and organic. Place it all in Mesa, Arizona, in June, where the temp regularly hits 114. And top it off with a touch of undeniable chemistry between utter opposites.

Over the course of one summer, two boys will have to face their biggest fears and decide what they’re willing to risk — to get the thing they want the most.

Sometimes I come across a book that I just need to read, and The Music of What Happens was one of those books. I mean… two teenage boys running a food truck by themselves during the middle of an Arizona summer? Complete opposites with a ton of chemistry? Contemporary YA touching on serious issues without being over-the-top about it? SIGN ME UP.

I’ll start off by saying that I loved everything about the food truck. I mean, as it is, I love food trucks. But the idea of two teenage boys with absolutely no idea of how to run a food truck actually doing it — and doing well at it, at that — was a lot of fun. I’m not entirely sold on their food menu, but the drinks? Goodness. Can I have a frozen mango habanero lemonade right now?

And let me just say that I loved Max and Jordan. Or maybe I should say that I finished this book loving both Max and Jordan, because while I liked Max from the beginning, it took a while for Jordan to grow on me. Because Jordan is, above all else, extremely dramatic. One of those people that responds to a tiny criticism by screaming and crying and thinking that everybody on the entire planet must hate him. But as the book goes on, he mellows a lot and we also come to understand why he acts the way he does. And Jordan’s not the only character with good development. As the book goes on, Max learns to open up and talk about his feelings and not keep everything bottled up inside.

Now, this book does touch on several really heavy issues. This can be hit or miss for me in a book, but I think Konigsberg handled it really well. The issues are there. They’re almost always present, at least in the background, but they’re not present to the point that they feel suffocating. I guess this is the point in the review where I mention the content warnings for rape, racism, parental neglect, and addiction.

I was really torn between giving this book four and five stars. In the end, I had a little bit of a problem with the ending so I went with four. The problem, for me, was that Konigsberg brought up all of these big issues and, although some of them were dealt with, one of them was really just sort of left hanging. It’s so hard to talk about this without spoiling the ending, but I just felt that one of the issues wasn’t really given the attention it deserved at the end.

All in all, though, I really enjoyed this book and wouldn’t hesitate to recommend it.

Have you read The Music of What Happens? Is it on your TBR?
Let’s talk in the comments!

7 thoughts on “Book Review: The Music of What Happens by Bill Konigsberg”