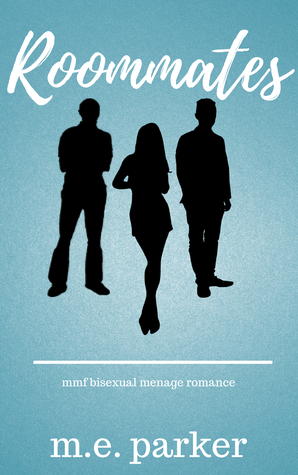 One failed blow job…
One steamy encounter between a professor and student…
One bad break up…
Two seriously hot, womanizing rugby players…
More than a few shots of whiskey…
One dirty game of truth or dare…
Put them all together and you a get a recipe for a night that will change everything for Janie and her college roommates, Jake and Ethan.
Truth? The truth is, it gets hot. Very hot. Very fast.
Dare? I dare you to keep reading to find out just how hot.

WARNING: This book is for readers over the age of eighteen. There is a lot of steam. It depicts m/m, m/f, and m/m/f sexual situations and contains graphic language.

Now… I didn’t hate this book. I can’t say I really enjoyed it, either. It’s a sexy book and not much else. There’s very, very little plot. In fact, they hardly ever leave their apartment because they’re having so much sex. The only real conflict is that they’re worried about how their families will react to their relationship. The characters don’t really have personalities. I will say that they do seem to be genuine friends, although that mostly gets forgotten as they just have sex over and over again.

If I could sum this book up in one quote, it would be this one:

“Oh my gosh Jake, I didn’t think it was possible, but I’m pretty sure I’m more in love with you than I was an hour ago before we started this conversation.” I grinned at Jake, “No Janie it’s possible, because I am too.”

I’ll end this review with another quote, and my boyfriend’s response:

As soon as Jake put his mouth around me and started sucking, my hips bucked upwards.

“Why is everyone bucking in this book? It’s not like it’s a rodeo.”

Have you read Roommates? Is it on your TBR?
Let’s talk in the comments!