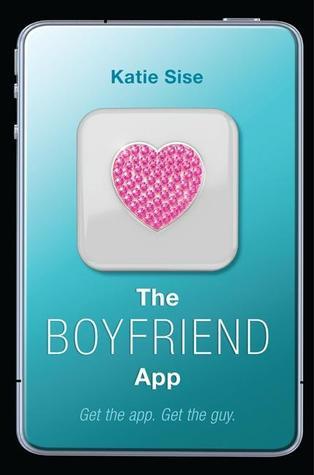 Get the app. Get the guy.

Computer-whiz Audrey McCarthy feels most at home in a tech lab, surrounded by her fellow geeks. Once popular and fearless, she hasn’t been the same since her dad died. And her ex-best friend, gorgeous queen bee Blake Dawkins, has turned into her worst nightmare. Audrey is counting the minutes until high school is over and she can get the hell out of Dodge and go to college-that is, if she can find a scholarship.

So when Public Corporation, a giant tech company, announces a contest for the best app developed by a high schooler-with $200,000 in prize money-Audrey is spurred to action. She comes up with an idea so simple, yet so brilliant, she can’t believe it hasn’t been done: the Boyfriend App. With a simple touch of the screen, romance blooms among the unlikeliest couples in high school, and people start to take notice. But it’s not quite enough.

To beat out the competition, Audrey will have to dig deeper. And she does-right into a scandal that would rock Public to its core. Suddenly the Boyfriend App lands Audrey where she never expected to be: in the middle of the limelight, passionately kissed by the hottest guys in school, causing complete and utter mayhem. But can it bring her true love?

Oh, goodness. I’m not even sure where to start with this one. My boyfriend and I went into this one knowing that it would be terrible, and I guess that means we weren’t disappointed. (Although we kind of were, because it was really bad.)

I had a lot of thoughts while reading this one, but I didn’t flag all of them and I condensed a lot because I just want to be done with this thing. Below are twelve thoughts I had while reading The Boyfriend App. Surprisingly, I managed to find twelve spoiler-free thoughts!

Direct quotes are in bold.

Okay, so I think we’ve established that the writing is kind of a mess. Now I want to talk about the plot, which is probably the most problematic thing I read in 2019, and I read some pretty bad stuff.

The whole point of this book is that Audrey enters an app-coding competition in hopes of winning money for college. That’s cool. Her first app is fine. It’s a kind of generic dating app that matches users based on a personality test. Turns out that high school students are shallow, though, and aren’t always willing to be seen with someone just because their personalities might be compatible.

So Audrey goes ahead and makes a new app that uses some soundwave technology to manipulate emotions. With the new Boyfriend App 2.0, girls just point their phones in the direction of a boy that they like and he’s instantly obsessed with them. The boys will immediately be overtaken with lust, kissing them, grabbing them, presumably willing to do anything with them. Is it just me, or this incredibly… rapey. (It’s not just me. This is literally sexual assault.)

There is not one single character in this entire book that has a problem with it.

Oh, people criticize Audrey for plenty of things. There’s a lot of controversy over her app. But not because she created something that allows girls to sexually assault boys, but because she’s used some proprietary technology to do it.

In the end, there’s basically no resolution of anything aside from the romance. This book is a mess.

Have you read The Boyfriend App? What’s the most problematic book you’ve read recently?
Let’s talk in the comments!