5. We Were Eight Years in Power by Ta-Nehisi Coates

“We were eight years in power” was the lament of Reconstruction-era black politicians as the American experiment in multiracial democracy ended with the return of white supremacist rule in the South. Now Ta-Nehisi Coates explores the tragic echoes of that history in our own time: the unprecedented election of a black president followed by a vicious backlash that fueled the election of the man Coates argues is America’s “first white president.”

But the story of these present-day eight years is not just about presidential politics. This book also examines the new voices, ideas, and movements for justice that emerged over this period–and the effects of the persistent, haunting shadow of our nation’s old and unreconciled history. Coates powerfully examines the events of the Obama era from his intimate and revealing perspective–the point of view of a young writer who begins the journey in an unemployment office in Harlem and ends it in the Oval Office, interviewing a president.

We Were Eight Years in Power features Coates’s iconic essays first published in The Atlantic, including Fear of a Black President, The Case for Reparations and The Black Family in the Age of Mass Incarceration, along with eight fresh essays that revisit each year of the Obama administration through Coates’s own experiences, observations, and intellectual development, capped by a bracingly original assessment of the election that fully illuminated the tragedy of the Obama era. We Were Eight Years in Power is a vital account of modern America, from one of the definitive voices of this historic moment.

4. Dear Ijeawele, or a Feminist Manifesto in Fifteen Suggestions by Chimamanda Ngozi Adichie

From the best-selling author of Americanah and We Should All Be Feminists comes a powerful new statement about feminism today–written as a letter to a friend.

A few years ago, Chimamanda Ngozi Adichie received a letter from a dear friend from childhood, asking her how to raise her baby girl as a feminist. Dear Ijeawele is Adichie’s letter of response.

Here are fifteen invaluable suggestions–compelling, direct, wryly funny, and perceptive–for how to empower a daughter to become a strong, independent woman. From encouraging her to choose a helicopter, and not only a doll, as a toy if she so desires; having open conversations with her about clothes, makeup, and sexuality; debunking the myth that women are somehow biologically arranged to be in the kitchen making dinner, and that men can “allow” women to have full careers, Dear Ijeawele goes right to the heart of sexual politics in the twenty-first century. It will start a new and urgently needed conversation about what it really means to be a woman today.

3. On Tyranny by Timothy Snyder

A historian of fascism offers a guide for surviving and resisting America’s turn towards authoritarianism.

On November 9th, millions of Americans woke up to the impossible: the election of Donald Trump as president. Against all predictions, one of the most-disliked presidential candidates in history had swept the electoral college, elevating a man with open contempt for democratic norms and institutions to the height of power.

Timothy Snyder is one of the most celebrated historians of the Holocaust. In his books Bloodlands and Black Earth, he has carefully dissected the events and values that enabled the rise of Hitler and Stalin and the execution of their catastrophic policies. With Twenty Lessons, Snyder draws from the darkest hours of the twentieth century to provide hope for the twenty-first. As he writes, “Americans are no wiser than the Europeans who saw democracy yield to fascism, Nazism and communism. Our one advantage is that we might learn from their experience.”

Twenty Lessons is a call to arms and a guide to resistance, with invaluable ideas for how we can preserve our freedoms in the uncertain years to come.

An intimate, powerful, and inspiring memoir by the former First Lady of the United States.

In a life filled with meaning and accomplishment, Michelle Obama has emerged as one of the most iconic and compelling women of our era. As First Lady of the United States of America—the first African-American to serve in that role—she helped create the most welcoming and inclusive White House in history, while also establishing herself as a powerful advocate for women and girls in the U.S. and around the world, dramatically changing the ways that families pursue healthier and more active lives, and standing with her husband as he led America through some of its most harrowing moments. Along the way, she showed us a few dance moves, crushed Carpool Karaoke, and raised two down-to-earth daughters under an unforgiving media glare.

In her memoir, a work of deep reflection and mesmerizing storytelling, Michelle Obama invites readers into her world, chronicling the experiences that have shaped her—from her childhood on the South Side of Chicago to her years as an executive balancing the demands of motherhood and work, to her time spent at the world’s most famous address. With unerring honesty and lively wit, she describes her triumphs and her disappointments, both public and private, telling her full story as she has lived it—in her own words and on her own terms.

Warm, wise, and revelatory, Becoming is the deeply personal reckoning of a woman of soul and substance who has steadily defied expectations—and whose story inspires us to do the same.

1. Between the World and Me by Ta-Nehisi Coates

In a profound work that pivots from the biggest questions about American history and ideals to the most intimate concerns of a father for his son, Ta-Nehisi Coates offers a powerful new framework for understanding our nation’s history and current crisis. Americans have built an empire on the idea of “race,” a falsehood that damages us all but falls most heavily on the bodies of black women and men—bodies exploited through slavery and segregation, and, today, threatened, locked up, and murdered out of all proportion. What is it like to inhabit a black body and find a way to live within it? And how can we all honestly reckon with this fraught history and free ourselves from its burden?

Between the World and Me is Ta-Nehisi Coates’s attempt to answer these questions in a letter to his adolescent son. Coates shares with his son—and readers—the story of his awakening to the truth about his place in the world through a series of revelatory experiences, from Howard University to Civil War battlefields, from the South Side of Chicago to Paris, from his childhood home to the living rooms of mothers whose children’s lives were taken as American plunder. Beautifully woven from personal narrative, reimagined history, and fresh, emotionally charged reportage, Between the World and Me clearly illuminates the past, bracingly confronts our present, and offers a transcendent vision for a way forward.

Have you read any of these books? What’s the best nonfiction book you read in 2018? Let’s talk in the comments! 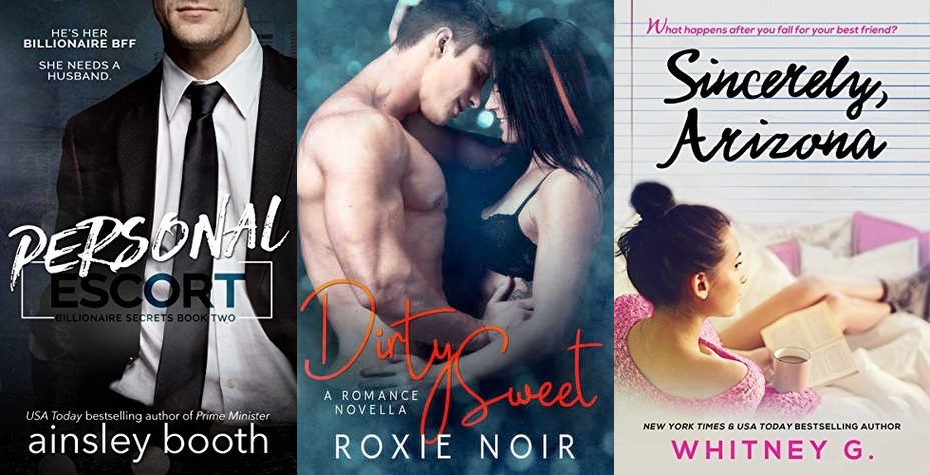 What are the best novellas or short stories that you’ve read?

At some point in mid-December of 2017, I was sitting in a cafe with my brother-in-law when the topic of what we were currently reading came up. At the time, I’d just finished The Vegetarian by Han Kang, arguably the most literary book I read that year. He was reading Ta-Nehisi Coates’ We Were Eight Years in Power and had only good things to say. I asked if he’d read Between the World and Me yet and he said no, but he’d heard it was just as good. I ended up giving it to him for Christmas and realized I should probably also read it myself.

I got the audiobook from my library, narrated by the author himself. I am a white woman who has spent her life in predominantly white neighborhoods. I can’t comment on what it’s like to grow up as a black man in America. I can’t really say anything about this book aside from how powerful it is. I was so entranced by this book that I almost chopped my finger off cleaning up from dinner. If that’s not an endorsement, I don’t even know what is.

January was a pretty good reading month for me! I finished 20 books and, overall, I liked most of them. There were some definite standouts, though!

Honestly, I probably did better with this prompt than I’ll do with the whole rest of the year.

Some of these reviews are already up and some are queued to post soon. If you participated in the Monthly Motif reading challenge this month, what were your choices for this prompt?