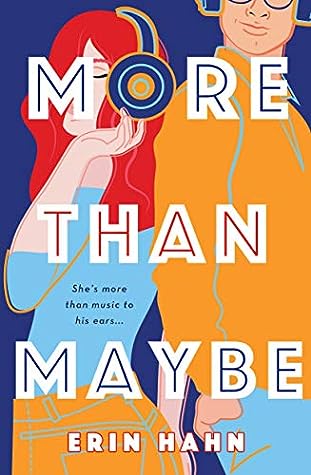 I loved Erin Hahn’s debut, You’d Be Mine, so imagine my excitement when I was invited to participate in a blog tour for More Than Maybe! (Imagine my excitement growing even more when I got the chance to interview her!) I loved this book just as much as her debut (and already posted my review here) and now I’m thrilled to be able to share an interview!

Thank you so much to Wednesday Books and Erin Hahn for making this post possible!

I absolutely loved this book! It was so much fun to read about Vada, a music blogger, and Luke, a podcast host. What was your inspiration?

Well there are a few. Firstly, as a (young) teen, I was obsessed with the 90s cult classic EMPIRE RECORDS. If you haven’t seen it, you should… but it’s basically built around a day in the life of a record store complete with a misfit cast of employees and a mentor-like rock-and-roll boss, Joe. Working at Empire Records was a dream of mine. I wanted to be the one to save the record store and as an author, I wanted a way to make that idea contemporary. I, like so many others, started working at 14 and had multiple part-time jobs throughout high school and college. First jobs are where you often first stretch your wings and are exposed to a more eclectic population of people. For some kids, they don’t find their people in high school, but rather at their first jobs. For Vada, and later, Luke, the dive bar known as the Loud Lizard becomes a sort of surrogate home for them—filled with interesting characters who challenge and support them. And where you find an eclectic array of strangers of different ages and backgrounds working at a dive bar, you’re bound to find music. I didn’t get to save the record store, but I did get to save the dive bar. ☺

Vada and Luke both reference a ton of great music throughout this book. I was so happy to see some of my favorite bands show up! How did you choose the songs you wanted to use?

Playlists are my superpower. These songs have been waiting years for this moment to shine. I did work super hard on balance in this story. I wanted to make sure I featured an equal number of older, more classic songs and brand new, up and coming artists. Since Vada is a music critique blogger with big ambitions of Rolling Stone, it was important that she knew about all kind of music, not just what is on the radio today. She needed to have educated opinions about music of all genres. Luke, being the son of a former British punk rocker from the 80s and 90s was a good match for that. He’s also well-versed in the classics. I tested it out on several beta readers and my goal was to have EVERYONE hitting up their Google app while reading. I knew it would be impossible to expect everyone (particularly non-music lovers) to know all of the songs and artists, but I hoped to tease the songs enough that people would want to check them out for themselves after reading a conversation between Luke and Vada. I hope I’ve achieved that. I think I have! Nothing makes me happier than when an early reader has reached out to say they’ve been following along with the music in the story and or creating their own playlists. I’ve got my official playlist set up on Spotify, but when readers create their own? Amazing. I love it.

What was the most challenging aspect of writing this book?

I wrote “More Than Maybe” before my debut “You’d Be Mine” released and that made it especially difficult to give myself permission to be creative. I felt on the edge, waiting for readers’ reactions to my first book while trying to convince myself I could write another, and that people would want to read that too! It took a lot of faking it. ☺ But eventually, “You’d Be Mine” released and found its audience and I was able to breathe easy and really focus on making “More Than Maybe” the best it could be.

Which scene was your favorite to write?

I have a few, to be honest. I loved writing the relationship between Phil and Vada, and basically cried my way through all their interactions. The silent disco “not-date” was fun because Luke and Vada are so overflowing with chemistry around each other but happen to also be completely adorkable and awkward. So that’s a riot for an author to portray. I knew the ending before the rest of the book came together, and I don’t want to spoil it except to say that the day I sat down to write it, my heart was racing, and I wanted to puke, I was so excited for it. It’s definitely my favorite ending I’ve ever written!

What are some of your favorite songs right now?

I’m creating a new playlist for a whole new, totally unrelated story so my current faves come from that…

Every Heartbeat by Grace Potter

I Hope by Gabby Barrett

Are there any books that you’ve read recently that you’d recommend checking out?

In the next year, three authors are debuting with magical YA books: Syed Masood wrote the hilarious and heartfelt “More Than Just A Pretty Face”, Laura Zimmerman’s charming “My Eyes Are Up Here” and all the yearning in “Amelia Unabridged” by Ashley Schumaker. 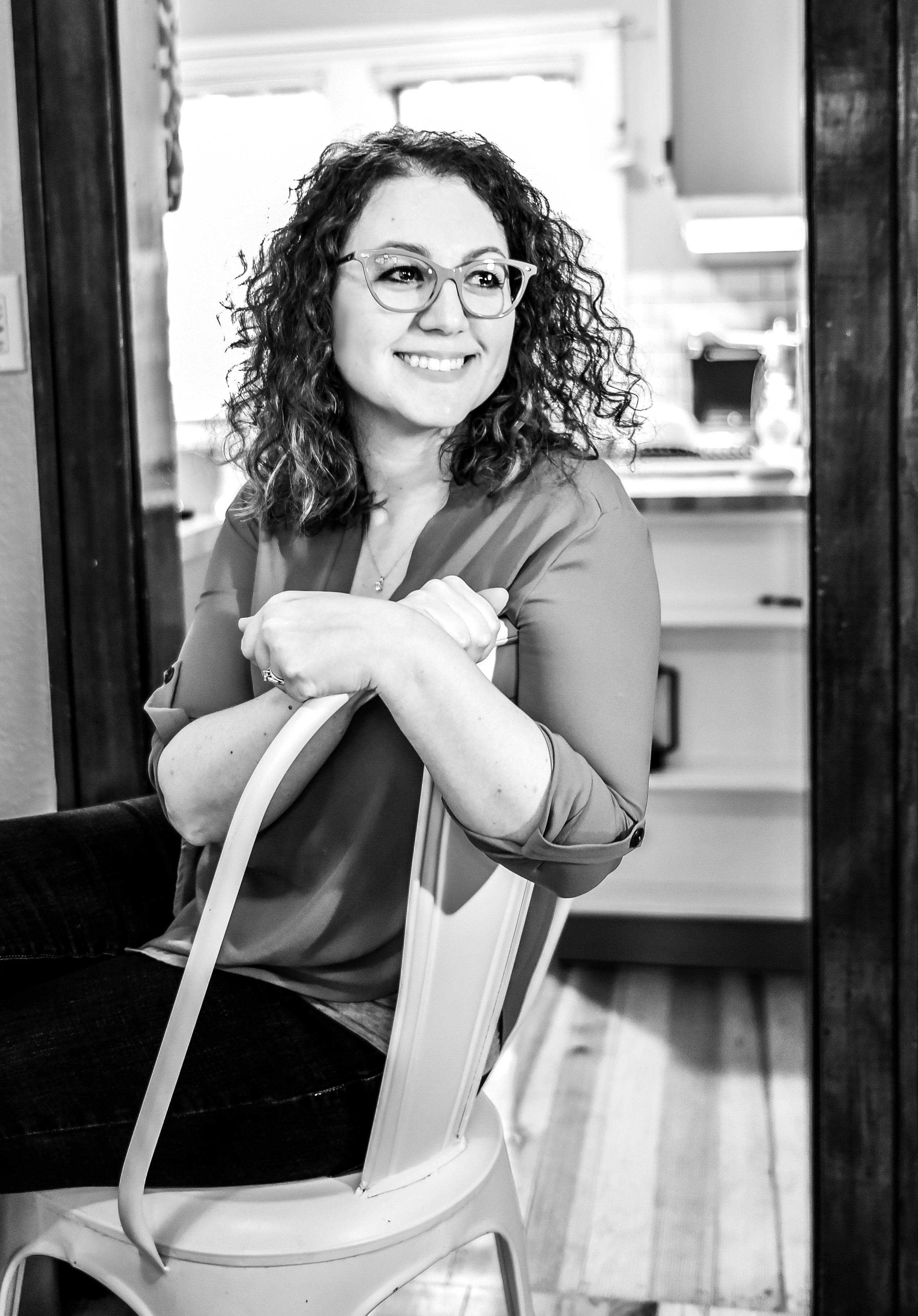 Erin Hahn is the author of You’d Be Mine and More Than Maybe. She teaches elementary, would rather be outside and makes a lot of playlists. So many playlists in fact, that she decided to write books to match them! She married her very own YA love interest who she met on her first day of college and has two kids who are much, much cooler than she ever was at their age. She lives in Ann Arbor, Michigan, aka the greenest place on earth and has a cat named Gus who plays fetch and a dog named June who doesn’t.

Have you read More Than Maybe? Is it on your TBR?
Let’s talk in the comments!