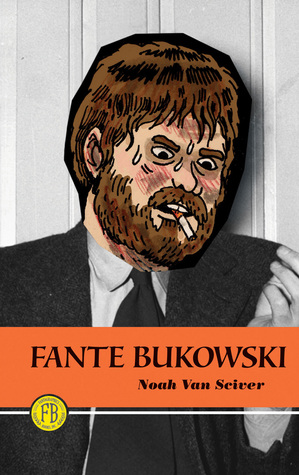 Noah Van Sciver’s latest graphic novella drops in on the life of the self-styled, aspiring young writer, Fante Bukowski, as he delusively makes his way to literary fame and fortune, one drink at a time. Living in a cheap hotel, consorting with the debased and downtrodden, searching for that golden idea that will rocket him to the success he yearns for as the great American novelist, and to get respect from his father once and for all. But, there’s just one problem: Fante Bukowski has no talent for writing.

If I had to describe the plot of this book in one sentence, it would be “an entitled man thinks the world should fawn over his terrible writing.” This is going to be a pretty short review because this is a pretty short book and I don’t have a ton of feelings about it. I think it’s one of those things you’re either going to like or you’re not.

I enjoyed this one at the beginning when it was really satirizing its subject matter, but as the book went on, I was just annoyed. I was annoyed by Fante’s attitude and his entitlement and all of the cliches.

At least I laughed exactly three times while I was reading it.

One thought on “Mini-Review: Fante Bukowski by Noah Van Sciver”